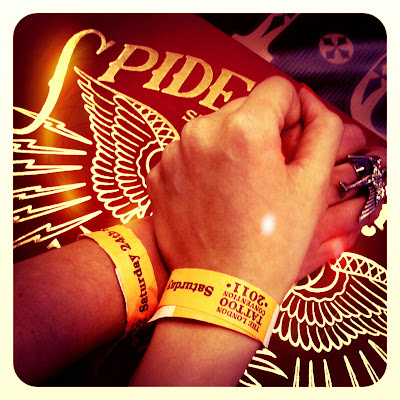 Well, this Saturday gone I went to my very first tattoo convention!  I have been wanting to visit one for some time now having seen both the London and Brighton ones advertise over the years.  Also from back when I was still performing burlesque I had been asked to perform at a convention, although I cannot remember if it was the same one.  Maybe it was but it was at the London Olympia and I was already engaged so could not perform unfortunately. 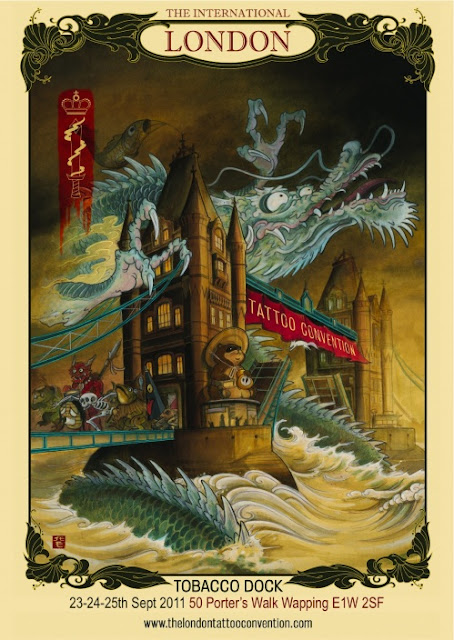 The London Tattoo Convention was again being held at The Tobacco Dock in Wapping for the fourth year running.  I had intended on having another tattoo done at the convention but one thing or another led me to decide against it for this time.  Maybe I will have one at next years event if I attend again.  They had a free bus running to take you to the tobacco dock from Tower Hill which was great as we weren't really sure how to get there.  Although the bus journey only seemed to take 5 minutes.  The inside of the the bus was all bubblegum blue and pink loveliness!  Kate took some photos of me in the bus but I haven't seen them yet.

Once inside we went to explore all the different artists, rooms and booths.  There were so many people to see but of course there were plenty of time to do so.  Even though I had already decided not to have one done here this year I was still on the look out for a good artist.  They are hard to come by, the ones you really love.  It is for life after all.
A lovely looking gal with her man having some work done. 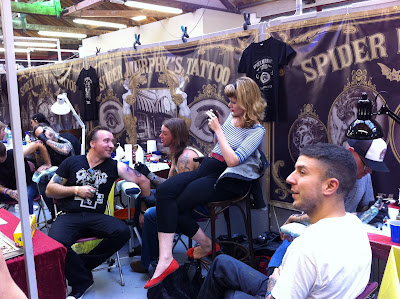 The boys - Thom and Fred as we sat down for a wee drink. 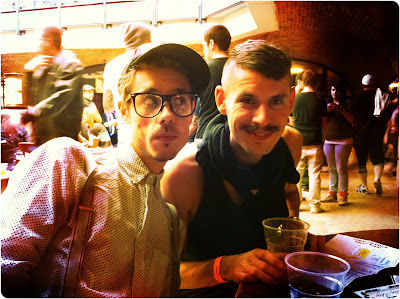 Kate and I messing around.
Kate with her newly dyed 'apricot' hair which I love! 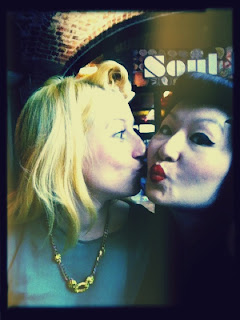 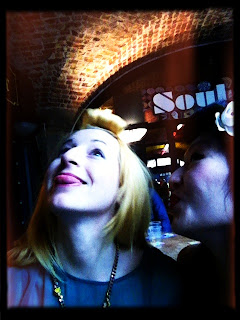 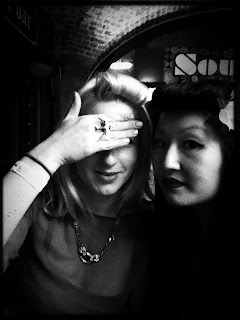 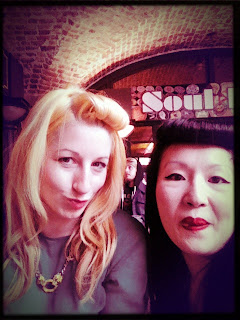 On our way in the lovely gorgeous Vanessa Lake walked pass us, and here she is at her calendar signing.  I also love her hair!  Again, another thing that makes me misses mine.  I still haven't figured out what to do with it yet since my last post. 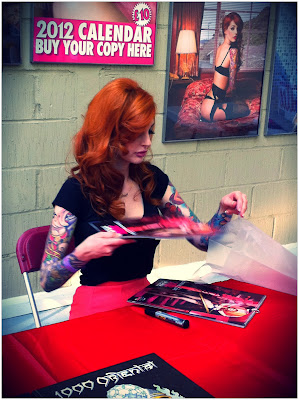 After Fred decided who he wanted to have his tattoo work by we spent the evening drinking and watching performances in Vince Rays Voodoo Crypt and on the main stage.  If you happen to come across any photos of me at the convention I would love to see them.  I had my picture taken on several occasions as I seem to at such events.  There are lots of random photos of me floating around the internet and I have no idea where. 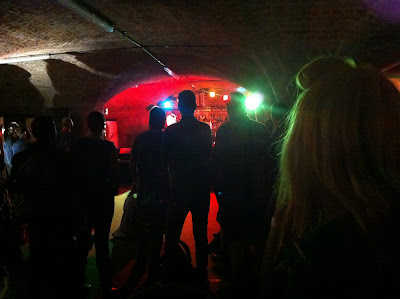 This strong girl  held on for at least 5 seconds like that. 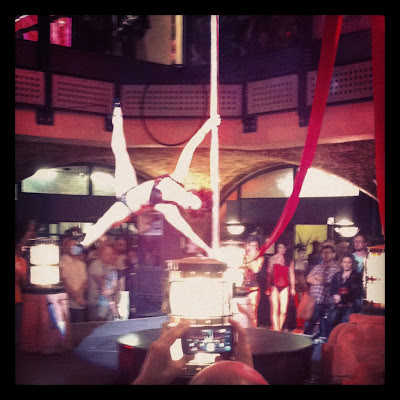 The Fuel Girls breathing flames on everyone. 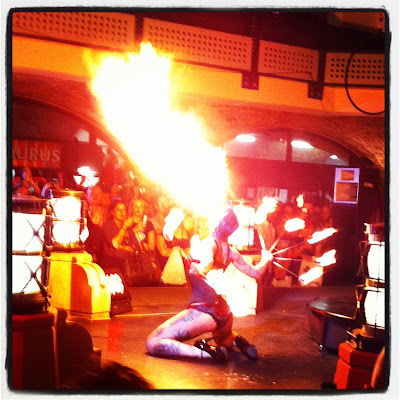 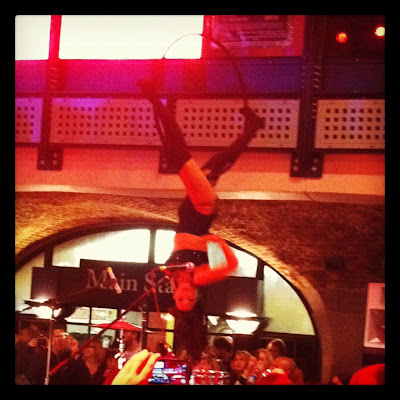 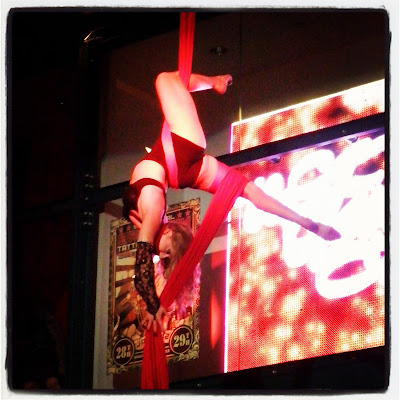 After a bit of much needed food, especially for Fred we went on our way to Spider Murphy's Tattoo booth.  Now if I were to have work done by anyone else other than Valerie I think it would be them.  I especially liked Pauls work.  I believe they will definitely be back next year so who knows.  Or maybe I will be lucky enough to visit them in their home town of California.  They had their amazing book on sale at the convention but it was a little steep to even consider purchasing at the event. 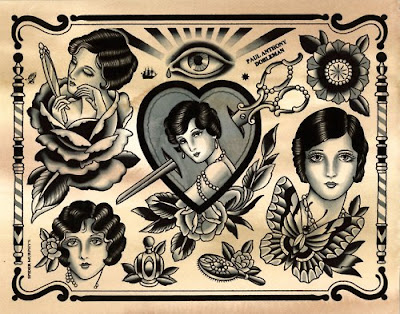 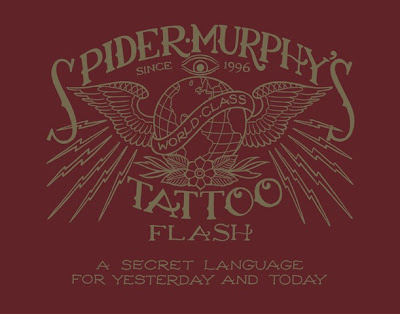 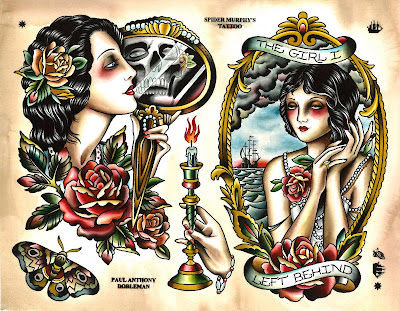 Here's the artist at work. 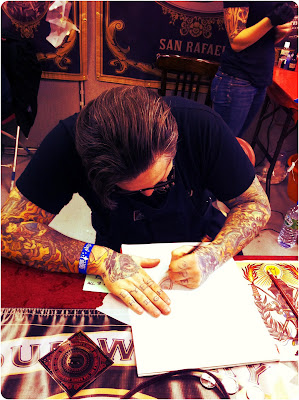 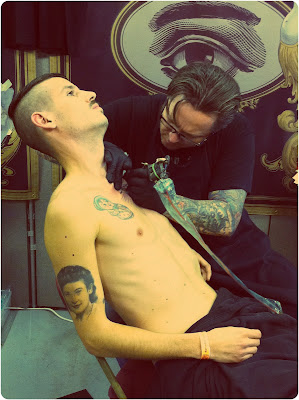 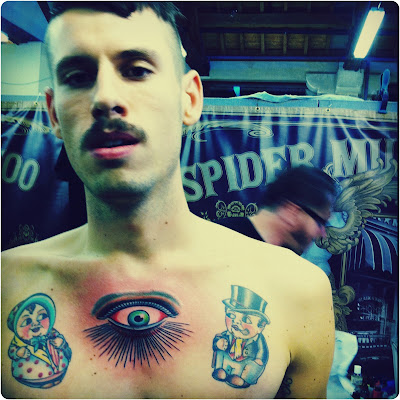 I wasn't sure what to expect going to a tattoo convention and not having tattoo work but it was fun.  It was great to see all the different artists at work, all the people there to watch, the performances and the general atmosphere.  There was a room of traditional tattooist which looked interesting and very painful.  The food wasn't great but ho-hum.  I didn't buy anything from the stalls but there were quite a few.  There was even a wedding ceremony apparently.  I would go again but have to add that £34 for the ticket is probably a little dear.  Overall it was a thumbs up and a good first visit.
I have to apologize as I am a bad blogger and as usual forgot to take an outfit shot.  Probably forgetting because other people were taking pics of me so didn't end up taking much myself.  Here is one last pic of Kate and I with my staple faux bang and some white roses on the side.  I was wearing my new Vivien of Holloway leopard sarong dress with some nude seamed stockings and a pair of 6 inch black leather, wooden heeled sandals.  This was accompanied by my burgundy faux croc skin vanity case handbag. 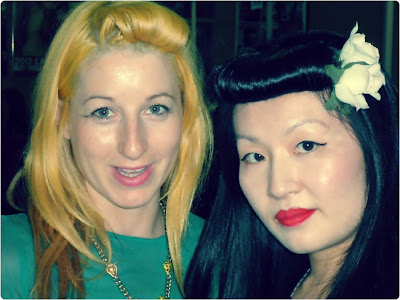 Maybe I will see some of you there next year.  Toodles xx
Posted by the The Dressing Parlour at 20:26