Today marks the anniversary of the legendary Norman Keith Collins' death (January 14, 1911 - June 12, 1973).  Most people best know him as Sailor Jerry; the tattoo artist.  Born in Northern California, Norman started to learn the art of tattooing from Gib "Tatts" Thomas in Chicago during the 1920s.  When he turned 19 years of age Norman joined up with the United States Navy.  With them he travelled the seas wide across the Pacific, China and Japan before finally settling down in Hawaii in the early 1930s.  It was here that Norman opened up his Sailor Jerry Tattoo Parlour in Honolulu's Hotel Street.  Having been fascinated with Asian art and culture through his travels and seafaring ending up in Honolulu's Chinatown just felt right to him.  With all the hustle and bustle of sailors passing through and Chinatown feeding his interest in their culture it was a good mix of the two things close to his heart. 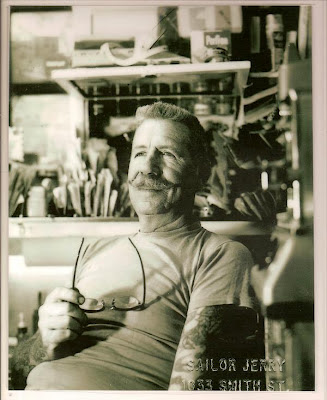 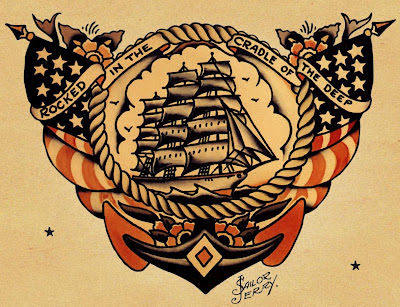 Of course this is a very very brief insight into the life of Norman "Sailor Jerry" Collins.  He was much more than just a sailor and tattoo artist.  He was an innovator for the tattoo industry.  Setting the standards high in both his craft and the way he worked.  SJ didn't lose his sea-legs altogether when he set up shop but remained a sailor to his death working as a skipper on a large three-masted schooner.  As they say - Once a Sailor.  Always a Sailor! 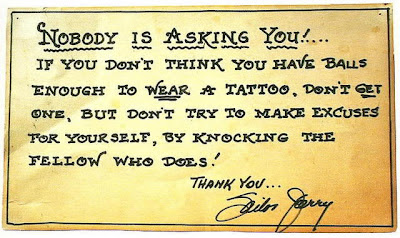 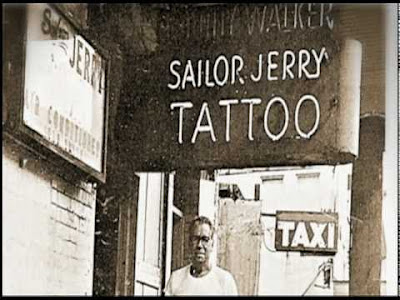 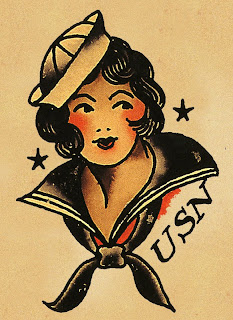 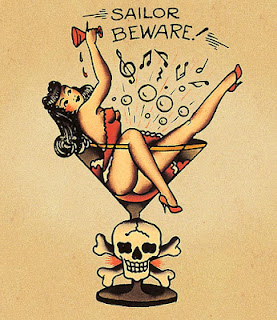 My personal growing fascination with tattoos and tattooing has led me to all different places including The London Tattoo Convention last year.  My own tattoos also seem to attract a lot of attention which I am still getting use to.  I had my very first tattoo ten years ago and since then have added a few more to my body.  Currently I have a list with a number of designs in mind including a big thigh piece which I am holding off on for the moment.  I'm hoping that Valerie will again work on this piece for me; that is if she can fit me in!  My last piece was made a year and two days ago, haha I am literally counting down the days.  You can tell I'm craving for my next.  They say it's addictive and I guess it is! 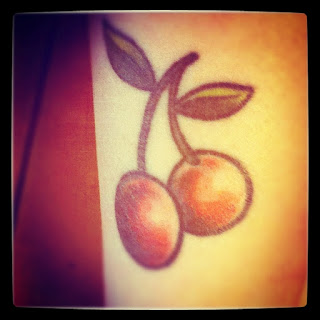 Right this very moment if you happen to be in London you may well have come across the pop-up bar Sailor Jerry - 'Hotel Street' on Charing Cross Road.  It opened up in April and will be around until mid July (not very long) so be sure to swing by if you are in town.  I have frequented the bar a couple of times and probably will do so many times again before it disappears for good.  During the day you can grab yourself a coffee, some merchandise, as well as view some of Sailor Jerry's original flashes on the 2nd floor exhibition.  In the evening the bar starts to flow and music plays.  Bands and events run on various dates which you can find out about via their FB page or on their website.  I highly recommend a visit.  It's rather cute!


Blurrry pic of me with the wall of flashes... 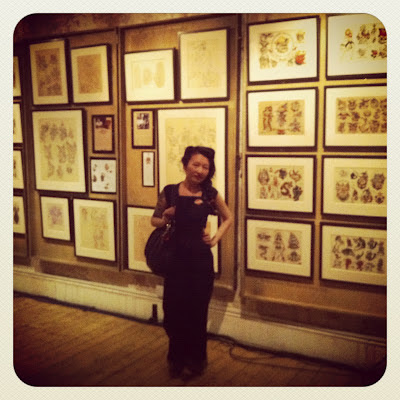 The Bar where I am yet to try 'Hotel Hooch' 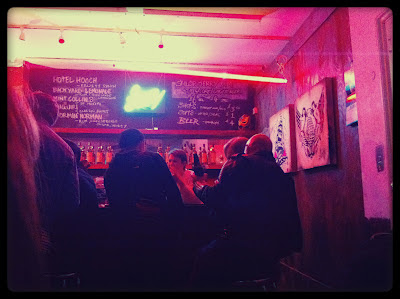 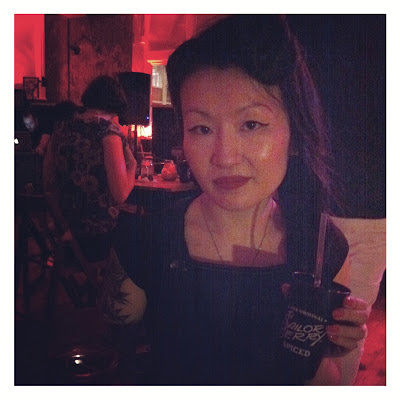 Hmm... I have always wanted an anchor and a pair of swallows but just haven't figured out where I want to place them on my body.  Maybe I'll have something small inked very soon.

Until next time... Make mine a large Rum and Coke with Lime.  Cheers SJ!
Alison xx
Posted by the The Dressing Parlour at 15:24

Email ThisBlogThis!Share to TwitterShare to FacebookShare to Pinterest
Labels: 1950s, Bars, Date, Exhibition, Icons, Out and About, Tattoo Conventions, Tattoos

Thinking of checking this out! :)