The main reason for my visit to Göteborg this time was for Malins birthday party at Kontiki.  The last time I visited was seven years ago and I remember it was so beautiful.  We had driven to the coast and climbed the rocks.  There were those pastel coloured wooden houses lined up next to each other. Ahhh...
This weekend however was all about Malin, partying and dressing up!  Although I actually forgot to take an outfit shot (silly me).  The party was - The Hop "Back to the Fifties" with Million Daggers playing and Miss Knock-Out performing two of her burlesque shows especially for the night.
Here's Malin getting ready with rollers in her hair,
then one of us outside waiting for our taxi﻿. 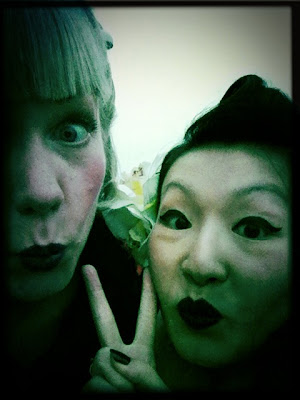 Million Daggers is fronted by Malins husband Magnus.  They are a punkabilly band usually with a full line-up and an upright bass.  However the basses broke his hand in Thailand the week before and so they played a special acoustic-ish set with Miss Knock-Out on vocals for one time only. 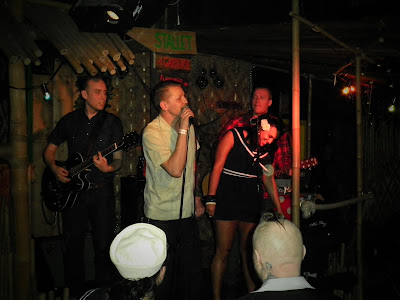 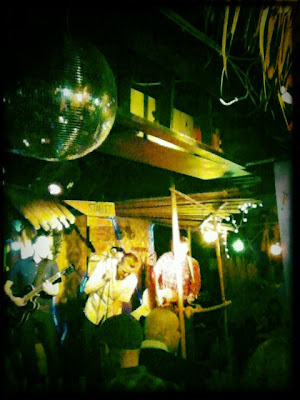 This is a little video I made with my Vintage Camera app on my iPhone
I like it a lot!
﻿Kontiki is such a nice little tiki bar.  The interiors were so cute and the staff were very nice.  I took way too many photographs of all around and have tried to group some together to show you.  It's more of a scrapbook of images from around the bar. 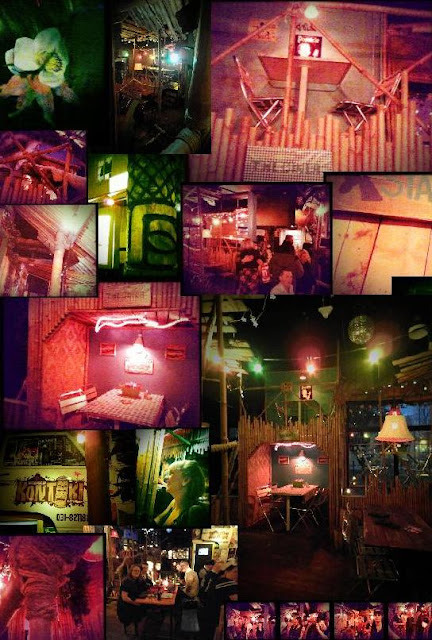 ﻿I must have danced all night long, only stopping to chat briefly or to take a sip of my Rum and Coke Cola with lime.  It was the most fun I've had in a long while and I wish the parties were more like that here in London.  But before all the dancing started we had an array of delicious food including Ribs, Roast Veggies, Chicken Wings, Noodles, Bread and Dip.  They then moved the tables aside ready for the party! 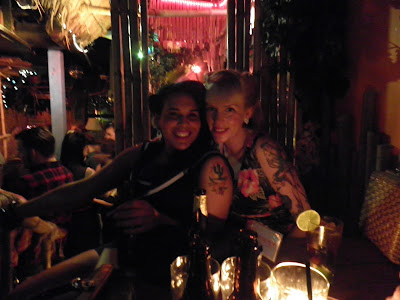 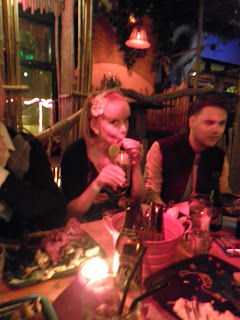 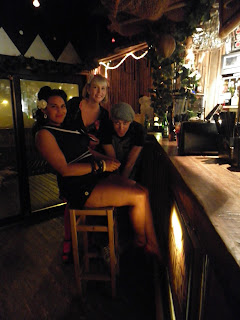 As I mentioned, Miss Knock-Out gave us two performances for the night.  The first I made a video of, which won't upload.  Darn it!!  The second I have some images to show you.  Fabulous it was indeed! 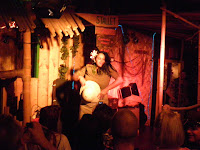 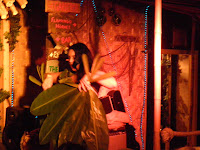 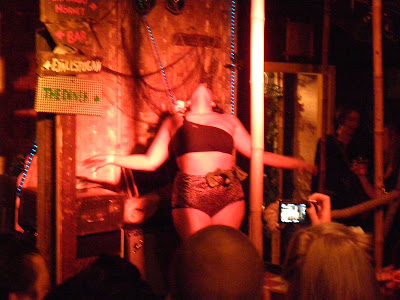 I do actually have this one pic of me with the girls getting ready to go out the night before the party.  I'm sure Malin has plenty but her computer has a virus so I can't get them just yet.  We have come to the end of this post for now.  More from Göteborg about Malins and Magnus' beautiful home and shop shop shopping soon!! xx 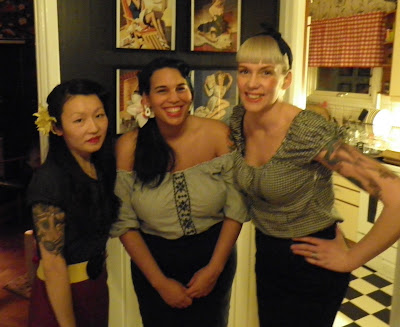 ﻿ps. Remember to have a listen to Million Daggers!  Love xx 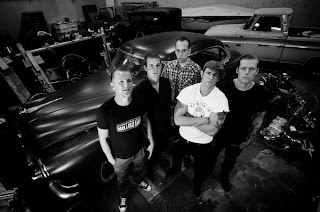 Posted by the The Dressing Parlour at 13:55