I Want to Ask You Things 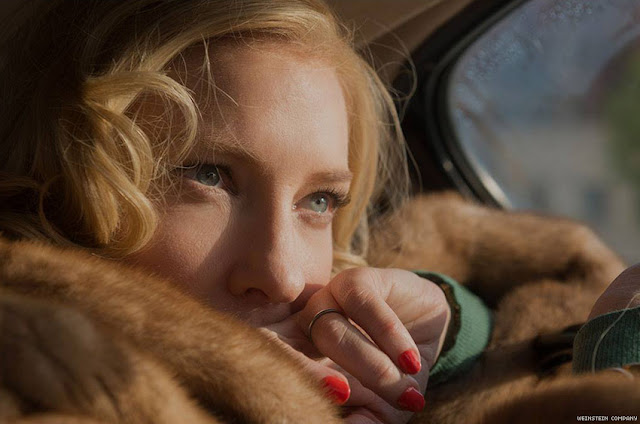 I don't much attend the cinema.  I mean I love films.  Absolutely.  But I just don't tend to go to the big screen often.  That is until I get completely drawn in by some visual or poster or soundtrack or other which just makes me want to sit in the dark and absorb every little detail playing out in front of me.  Carol was one of these such movies.

It was mesmerising.  Beautiful.  Absolutely stunning.  It was a feeling beyond words.  I was completely drawn in from the very first flicker of the screen to the very last credit playing against the soundtrack.  It emotionally absorbed me and pulled me in every which way.  I cried a lot.  Heavy crying.  Hot tears.  Not just because of the story which unfolded before my eyes but because it triggered feelings inside me so real.  My heart drowned in its depths.  Their silent knowing glances.

Cate Blanchett whom I just absolutely adore.  Perfectly casted opposite the quiet, shy Rooney Mara.  It was perfection.  One film that will stay with me forever.  Along with its wonderful soundtrack.

Of course I cannot leave without mentioning and crediting the wonderful work of triple Academy Award-winning costume designer Sandy Powell for the to-die-for wardrobe.  To have Carols wardrobe would be a dream...  1952.  The fifties style, early enough so that it still captures the essence of the forties.  J'adore. 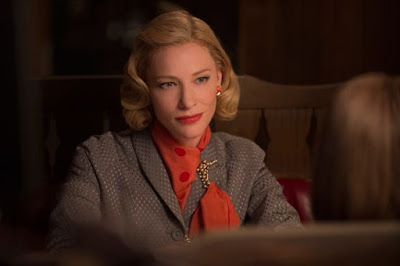 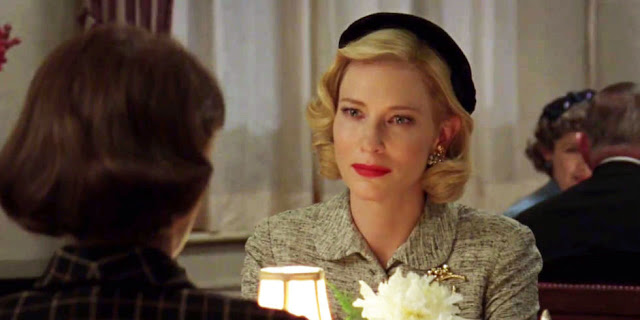 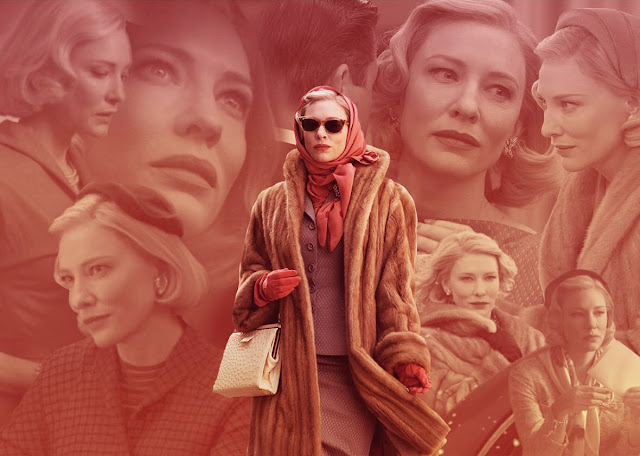 Posted by the The Dressing Parlour at 12:36