I'm sure you are all aware what a big day Friday was for the Nation.  Well, for me it was rather uneventful.  I had originally planned to either go to Hyde Park with my friend to join the crowds in celebration or one of the few street parties happening in and around London.  However I decided I would watch the proceedings in the comfort of my own home and give the crowds a miss.  I could always head out later anyhow.  But that went out the window too.  So I ended up having a nice rest day in, which isn't a bad thing but in comparison to all that was happening it seemed rather Zzzzz.

Saturday I had plans!  Secret Cinema followed by a night out.

The secret about Secret Cinema is that you really are just guessing what film you will be shown right up to the minute it is on the big screen.  This may not always be the case depending on what film is being shown I guess but this particular time I was clueless.  This was obviously due to the fact that when the film was shown I realised that I had not even heard of it before.

Here are a few snaps of the setting they had put together to create the atmosphere.  Don't worry, I won't tell which film was shown as I wouldn't want to a spoil sport.  It's still playing for the rest of the month!  Can you guess which film it is? 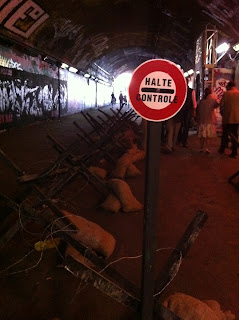 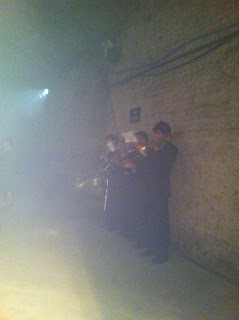 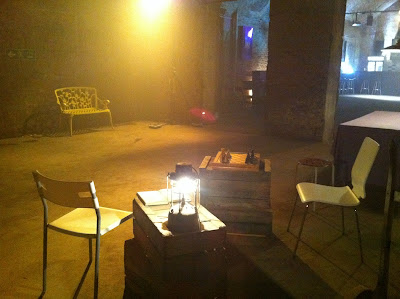 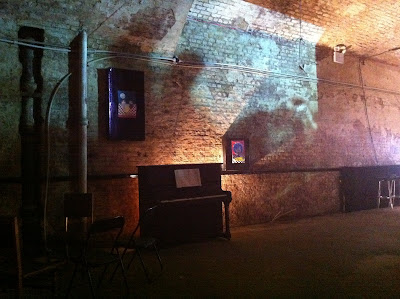 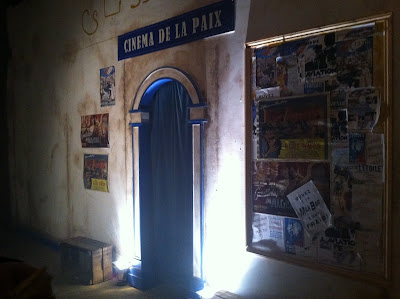 The evening consisted of a drink at The Breakfast Club and then dancing at The Big Ten Inch! at The Book Club.  We moved on to locate a rockabilly club on Hackney Road but well, lets not talk about what we actually found. Hmmm.  So we decided to just grab some food and head on home for the evening.  Actually we didn't even get to bed until 4am with all the chatting!

Today we got up at noon :)
I had some errands to run and then I headed over to Vivien of Holloway for their 25% off store sale!  I hadn't planned on visiting the sale as I was trying to be good.  It was very tempting of course and when Malin ask me to pick something up for her to bring over to Sweden when I visit in August, I just couldn't refuse.  How could I?! 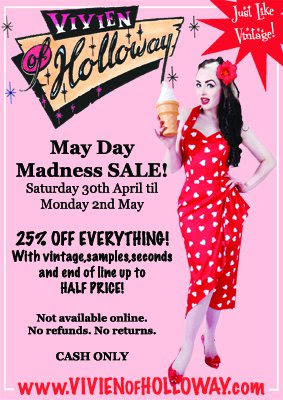 I picked this up for Malin but the Pencil Dress version 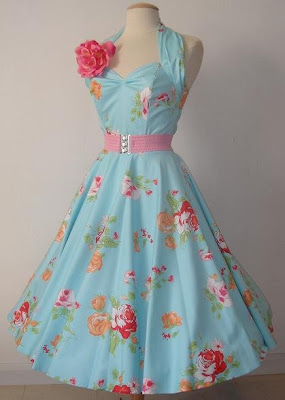 ﻿For Moi?  I tried really really hard to be good but something just caught my eye and I could not leave it behind.  No way. 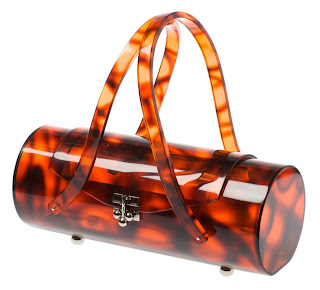 Do you recognise this sweet little bag?  I must have went on and on about them and now I own one!!  How excited was I to be able to buy it at 25% off.  I was already planning on purchasing one of these darling Lucite Handbags from Miss L Fire this month after I was paid but was not expecting this lucky surprise!  It was even harder to just buy the one.  Luckily they didn't have the Prom Date in clear otherwise it may well have tipped me over the edge.  You will see me carrying my new pride and joy that is the Jitterbug this summer :D
I would highly recommend heading over for the last day of the VoH sale tomorrow (BH Monday) if you can spare a moment.  It's well worth it!
Well, that was my Long Weekend and am working tomorrow.  How was yours and what did you all get up to? xx
Posted by the The Dressing Parlour at 22:59